Recruitment Disruption - Where Next for Service Innovation

Is the recruitment industry ripe for disruption? Absolutely. It is a HUGE commercial function built on an intermediary service.

The recruitment industry reached a high of over $400 billion by the end of 2013. The US market was and is the biggest with income upwards of $120 billion. Japan is second with nearly double the UK's £28.7 billion in turnover for the year (a rise of 8.2 per cent). In the UK market, a record £26 billion (91 per cent) of the market comes from temporary and contract business - an 8.2 per cent rise year-on-year - and more than 14 per cent above the pre-recession figure from 2007/08. Revenue from permanent business rose by 8.7 per cent to £2.7 billion, but still 37 per cent below its pre-recession peak in the UK of £4.3 billion.

Recruitment as a profession continues to grow in the UK, with more than 96,000 people working in the industry. This is the fourth consecutive rise, but still more than 12,000 short of pre-recession numbers.

When you think of other intermediary sectors that have been massively disrupted the taxi / private hire sector and travel agency provide robust case studies that the recruitment sector can learn from.

You would have had to have been living in a cave for the past two years to be unaware how how first Hailo and then Uber (as the two biggest players in the UK and US markets) have changed perception and the process of ordering a cab to and from home.

Technology presented by intuitive user interface has challenged the traditional model of calling a cab firm and asking for a cab, or standing and waiting to hail an available cab or taxi in public. The technology acts as match maker between the person seeking the transport, and the driver of the cab. That this technology resides on the personal computer that people now call a mobile phone has provided the mass usage channel that has made regular cab riders of people who would normally so without or use public transport.

Travel agency is another industry caught napping in the face of technological revolution. As little as 20 years ago, booking flights via a travel agent was the only way for the regular person to get a ticket. The Internet and integration of industry systems to web-facing user interfaces now means that ANYBODY can book a ticket to travel by air themselves, board the plane, ride off from the destination airport and get to and stay in a hotel without needing to speak to another human being. Where there are systems (a means) and an intermediary (the agent) there is scope for innovation and disruption. Recruitment is no different.

Since the middle of the last decade, there have been born and died and thrived and survived a plethora of job boards (candidate CV and work experience data treasure troves), job posting and job posting performance tracking solutions, applicant tracking solutions, and - of course - recruitment agencies have made heavy use of client relationship management tools and staff management (sales performance) technology, all in the name of improving the bottom line.

These all serve as significant innovations from the day of the candidate and client black book and the phone directory (and the super old fashioned physical meet and greet).

There are other compelling reasons why recruitment is ripe for disruption. Simply being an intermediary should not invite change.

Recruitment professionals can suffer (particularly in the UK and Australian markets) from a negative perception from clients and job seekers alike. There are many blog posts that regale with anecdotes of poor behaviour from agents. Scott Wintrip memorably posted a "Liars...Cheaters...Thieves" blog in 2014, detailing outcry across four different countries (Australia, New Zealand, US and United Kingdom). It is instructive that the international invective was on common themes, such as:

Australia: "Every industry has its deadbeats - but some manage to do an excellent job in giving everyone else a bad name. The recruitment industry is particularly prone to 'bad apples' because of the fly-by-night nature of so many of the people who work there and the short-term focus of monthly targets."
- Fiona Smith, BRW, April 2013

1. The human interaction and service (the recruiter to the client and to the job candidates)

What are the benefits of being a 360 recruiter over RPO?

The Rise of the Video CV 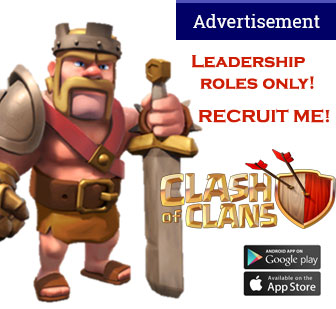 How did I get into recruitment as a career? Find out from recruiters as they tell how they got into talent acquisition...

Recruitment Freakonomics - Are There Any Agents?

5,110 recruitment start-ups launched in the UK in 2015 making the UK the third biggest recruitment market globally, after the United States and Japan, with the industry turning over £31.5bn....

Recruiter Comments - The Inside Scoop